During 15 years, I have represented the Dutch Association for Logopedics and Phoniatrics (NVLF: Nederlandse Vereniging voor Logopedie en Foniatrie) in the European umbrella association Comité Permanent de Liaison des Orthophonistes-Logopèdes de l’UE (CPLOL).
I started as a delegate in 1998, was vice-president from 2005 to 2009 and president from 2009 to 2013. Currently CPLOL has 32 member associations in 29 European countries.
All the results of the commissions and working groups are published on the new website: cplol.eu

Congress 2012
During my presidency, the 8th CPLOL congress was held in the Hague (Netherlands) in May 2012 and hosted by the NVLF. The program, presentations posters and photos can be found here.
The opening ceremony included a performance by a male choir, singing 'Ode an die Freude' re-arranged and with new lyrics in Dutch, English and French for this congress.

And here are the video reports of day1 and day 2 of the congress:

NetQues
In 2010 CPLOL successfully applied for EU-funding from the ERASMUSENWA Life Long Learning Programme for a three-year project called NetQues (Network for Tuning Standards and Quality of Education Programmes in Speech and Language Therapy/Logopaedics across Europe).

NetQues is an exciting partnership of 65 partners representing all 27 EU member states plus partners from Liechtenstein, Norway and the EU-candidate countries of Iceland and Turkey. This project aims to address the needs of tuning speech and language therapist / logopaedist (SLT) education in Europe through defining educational benchmarks and sharing best practice in teaching, learning and assessment. All details can be found on the website netques.eu
The project will be finished in September 2013. 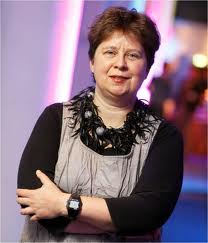