Since the beginning of career I am interested in neurology. Parkinson's disease started fascinating me from 2005 when I began to work on my PhD thesis. Soon after I became member of the team of professional caregivers of the Parkinson Centre Nijmegen and in 2007 I got involved in the development of ParkinsonNet.

On August 12, I had the honour to present a lecture about swallowing and Parkinson's disease for patients and caregivers, in the Education Centre of the Parkinson Voice Project in Richardson, Texas.

In 2017, the whole world memorated that 200 years ago James Parkinson (1755-1824) published his 'An Essay on the Shaking Palsy'. I took the opportunity to write a blog about another common interest: paleontology.

2016
In 2016 I attended the World Parkinson Congress in Portland to present about speech therapy in PD.
Click on the video on the right: do we really listen to what patients need and want?

2015
In 2015 I became co-chair of the Health Professionals (Non-Physicians) Special Interest Group of the Movement Disorders Society.


2014
ParkinsonNet also provides education for patients and caregivers about all aspects of consequences and treatment of Parkinson's disease in monthly broadcasts of ParkinsonTV.
In July 2014 we made an episode about speech ('Spreken en parkinson').

2013
In June 2013 I was guest editor of a theme issue on Parkinson's disease of the national journal Logopedie. You can read all articles here (in Dutch).

2012
For the Movement Disorders Soeciety congres in June 2012 in Dublin, prof. Bas Bloem was asked to defend the position that Parkinson's disease is a clinically based diagnosis. In preparation of that speech he posted a videoblog asking clinicians, patients ans caregivers: "What is really important for the diagnosis of Parkinson's disease?" I responded from home with a video.

2011
In 2011 I finished my PhD thesis Drooling and dysphagia in Parkinson's disease.
See my research page for all related papers. 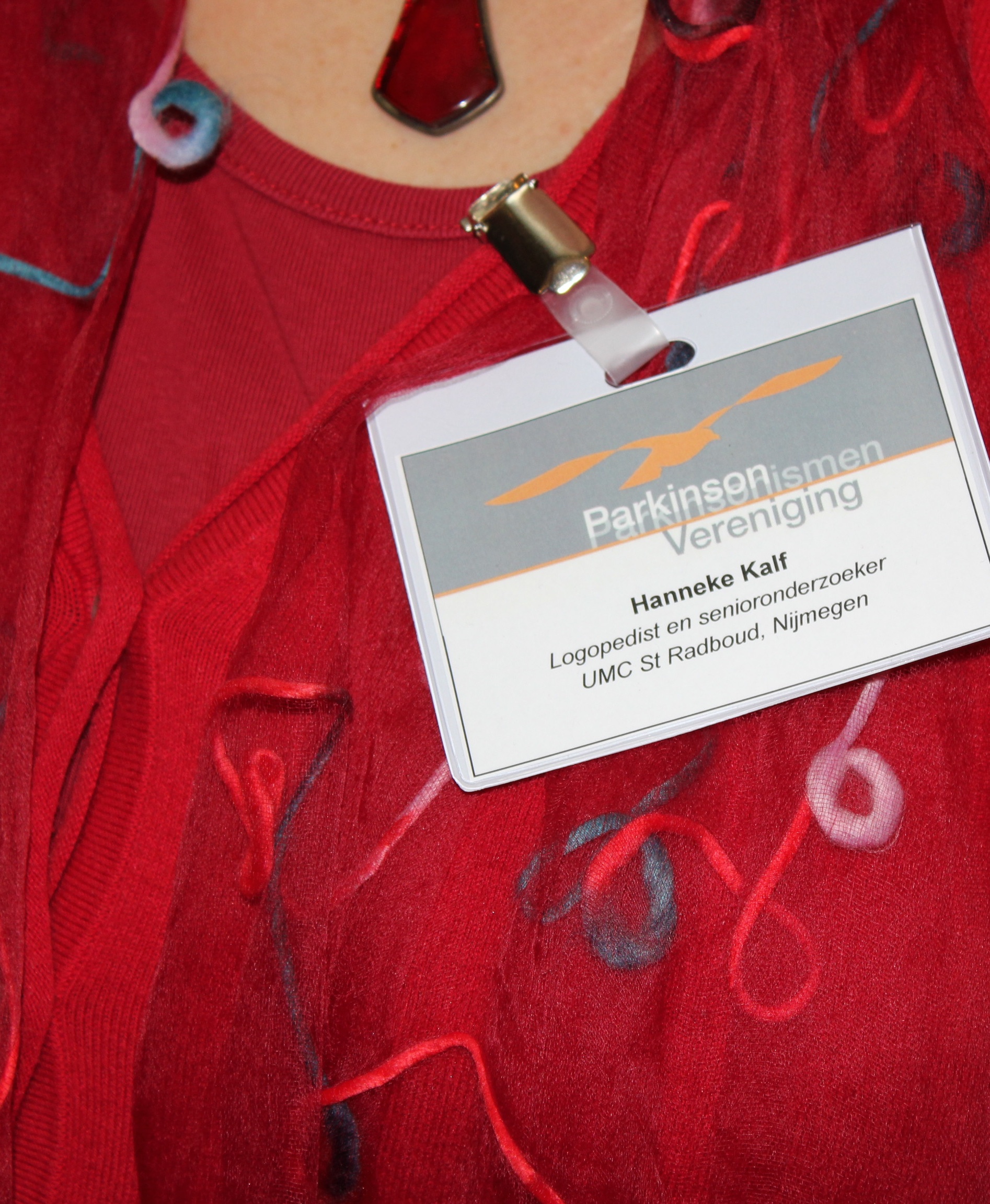